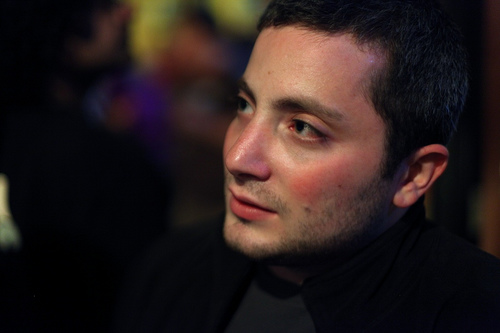 Daniel B. Honigman is an award-winning digital strategist and marketer. He’s spent the majority of the last few years contracting and working on freelance projects for companies such as Olson Advertising, Critical Mass, Burrell Communications, Aon and others.

He’s been a full-time agency strategist, client-side marketer, co-founder of a Chicago-based adtech startup, a groundbreaker in the news business, and a reporter. He’s also a parent, a proud fan of New York’s mostly-not-so-great sports teams, co-founder of the Webby-nominated the3six5 project, the proud owner of a Scottish Terrier, and a board member of Neighbors of West Loop, a volunteer residents’ organization in Chicago’s West Loop neighborhood.

Don’t believe him? Check out his LinkedIn profile, or ask him yourself.

(So you know, Daniel actually never speaks in the third person. Unlike that Rickey Henderson guy.)