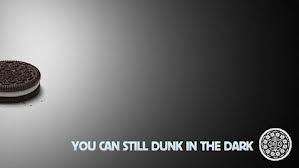 The Oreo and 360i teamsÂ easily captured the gold medal for its quick work during last night’s Super Bowl blackout. Not only did they put together a very timely piece of creative, but they did a great job promoting the behind-the-scenes work that went into it as well. The tweet that featured the image (pictured right), received at least 10,000 tweets, and a lot of media attention.

Think about this: in the minutes after the blackout occured, many TV viewers turned to Twitter. But where would others go, or where would Twitterers go next for the breaking news? Google was certainly one possibility, and there were zero advertisers bidding on blackout-related terms. (NOTE: As of publication,Â Google Trends data was not yet availableÂ for terms related to “super bowl blackout” or “superbowl blackout”.)