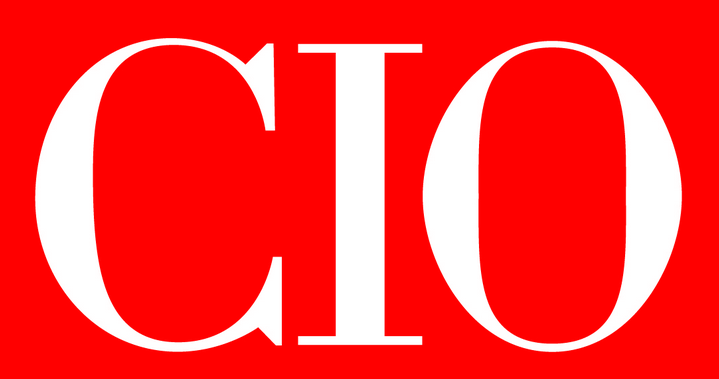 A couple of months ago, Twitter announced some changes to its brand pages, the biggest of which, I believe, are an expanded header area (fig. 1 below), and a “promoted,” or featured tweet at the top of the page (fig. 2): 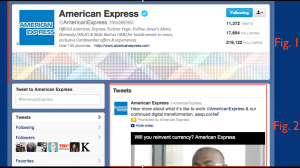 These changes — especially the latter — can be critical in attracting new followers during what I call the Twitter “discovery” process for brands. This is when users explore the site to see if a certain brand is active on Twitter, and what its profile looks like. (I’ll often just type a brand name into search, or just type “twitter.com/[Brand name here]”.) This can also happen if someone clicks on a Twitter link promoted elsewhere — a brand’s website, for instance — or through a promoted trend.

Twitter is a conversation-based platform; turning the brand pages into expanded destinations may be helpful during the “discovery” process. Overall, I think the updates miss the mark for brands a bit, especially when a vast majority of the Twitter experience is stream-based.

Personally, I don’t think I’ve ever followed a brand based on how its profile looks. I look at the quality of its tweets (more on that below), its tweet frequency and maybe its follow/follower ratio. Usually, I’ll only follow a brand if it tweets me, which brings me to my point:

None of the aforementioned Twitter brand page changes make me more likely to follow a brand on Twitter. To me, it comes down to what the brand actually says and does:

This is what it comes down to for me — how about you? What are your thoughts on Twitter’s brand page updates? Please leave your thoughts as comments below!

I’ve been a Posterous user and supporter for several years now, both personally and professionally (the3six5 and General Motors are two examples), but I’ve always kept a Tumblr blog on the side, just to have it. (More here on how to use Posterous.)

I made the switch to Google Chrome as my primary browser a few months ago, which resulted in some issues with the Posterous bookmarklet, the most convenient way to snag content from around the web and post it on your Posterous. So I switched my personal lifestream platform over to to Tumblr. (NOTE: You can read more on creating a lifestream flow in this white paper I wrote)

Tumblr’s always been the home of single-topic humor blogs, such as the infamous Look At This F*cking Hipster and the lesser-known Kim Jong-Il Dropping the Bass. I’ve always kept my Tumblr pretty vanilla, but last week, I decided to take a shot at creating a separate, single-topic Tumblr blog. (I won’t share its name; if you really want to know, ask me offline!)

I learned a few things along the way, the biggest of which is this: if you want to create an instant following think about starting with Tumblr. Now, this following may not necessarily be the most “influential,” (as digital marketers, we all love our influencers) but it will certainly get you noticed, and fast. In fact, the day after my Tumblr blog went live, it was mentioned and linked to in a Wired article.

Here are a few additional tidbits:

– Give your Tumblr blog a laser-focused, timely theme that people can relate to in some real way. This could be either a news-related peg (e.g. Kim Jong-Il), or something that people see every day (e.g. ironically dressed hipsters). Unless you already have a rabid community of followers on, say, Twitter, your general-themed Tumblr blog just might not get noticed. (On a side note, I think it’s interesting that several traditional news organizations have created general-themed Tumblr blogs as ways of flexing their social media muscles. I might write an Old Media, New Tricks post on this later.)

– Once it’s up and running, your Tumblr should be a mix of original, aggregated and community-submitted content.. If it’s aggregated (either a repost or a link), always cite the source. If a reader sent it in, thank them in the body of the post.

– If you can, find creative ways to translate your topic to other niches (“geek”-type examples include Star Trek, LOLcats) or culturally relevant subjects, objects or people. Your content will spread like wildfire. On day one, my blog started in a vacuum; by the end of the day a few of my posts got 500-plus “notes,” or re-blogs, and in addition to Wired, content from my site was featured in several topic-related roundups around the Web.

– Your following will come and go quickly. Before starting my experiment, I thought that any idiot with a Tumblr account could create a LATFH-type blog. Keeping LATFH going for as long as it was took a ton of work; its success can easily be attributed to two things: it was about a topic that everyone related to and felt passionate about. (After all, who doesn’t make fun of hipsters?) The pictures and captions were also damn funny, which kept people reading.

Overall, creating a single-topic, humor-based Tumblr blog was a fantastic creative exercise, one that definitely gave me a few laughs along the way. (On a related note, if you’d like to read about brands using Tumblr, try this.)

Have you created a single-topic Tumblr blog? Please share any additional tips as comments below!

Google recently announced the launch of Google Buzz, a service that allows users to post status updates, photos, videos and other content in the hopes of creating a hub of digital conversation.

Google Buzz is direct competition to social networks and microblogs such as Facebook and Twitter. Why is this? At launch, Google Buzz had 150 million users in its network, stemming from the fact that Google Buzz is built directly into Gmail.

For those of you not yet familiar with Google Buzz, here’s a demo video:

Here are three potential implications of Google Buzz for brands and marketers:

NOTE: This post was originally published on the Weber Shandwick Social Studies Blog.

I originally posted a version of this article last week on the Weber Shandwick Social Studies Blog.

Last week, the Global Language Monitor announced “twitter” was the top word of 2009.

We have seen the good side of Twitter (NOTE: Weber Shandwick helped promote Tweetsgiving) along with the not-so-good. We have seen Twitter used by news organizations and companies both large and small:

The fact “Twitter” topped this year’s list should come as no surprise, but the word’s definition, as cited in the release, may make you think. It is simply this:

“The ability to encapsulate human thought in 140 characters.”

Nowhere in this definition will you find the term “Web site,” or the word “platform.” Twitter is not, nor has it ever been, solely about the service. A tweet can happen anywhere, whether it’s on Twitter — the platform it was designed for — or as a status update on Facebook, or even as a short blog entry on Posterous.

According to the GLM Web site, the survey’s methodology uses an algorithm that tracks words used by the media and others across the Web. No longer do people need blogs to become digital publishers; sign up on Twitter and you’re ready to go.

There’s a reason Facebook, with its hundreds of millions of users, changed its approach to reflect Twitter, with a user base of only several million users: Facebook saw the value of the micro-interaction and elevated it into a central role on its platform.

Twitter, in and of itself, has opened up an even more hyperconnected world, but the Twitter-type interaction — the micro-interaction — often leads to something deeper. Something that happens outside of the platform, whether it’s an e-mail or a phone call.

Weber Shandwick advises clients not to start or run a Twitter account with the end goal of just having one, but to leverage everything they’re doing — their product launches, their promotions, their ideas and their expertise, and their customer-driven insights — and work with them to somehow fit that content in 140 characters with the end goal of driving advocacy.

Brand advocacy, of course, happens over time; it can start with a 140-character tweet.

(NOTE: Best Buy is a client of Weber Shandwick.)

I was on a panel last week for the Chicago chapter of the Social Media Club along with Wailin Wong, Howard Wolinsky, Andrew Gill and David Viggiano.

Here’s a video of the panel livestream. Enjoy:

You can find some photos here.