I said in my last post that I took the plunge and went full time on a startup I’ve been working on since October 2010. We’re in the process of developing the first iteration of our private Beta. Part of this will be a blog.

I’ve run several blogs before, including this one, and Old Media, New Tricks, but it’s critical for early-stage startups to have good, engaging blogs that do several things:

– represent the look and feel of the company (a no-brainer)
– inspire readers to not only tell their friends about the startup
– most importantly, generate new members and new business through case studies and community highlights

In the course of researching startup blogs, there are several that, at least to me, stand out. I’ve listed a few below:

Mint’s blog, MintLife, not only reflects Mint, the company, but has established itself as a leading personal finance blog.

Evernote Blogcast, the Evernote blog, covers product news and updates, it differentiates itself by examining what its users are doing to “make the world more notable.” Not only does this put its users in the spotlight, but it also looks at different ways to use the product, kills several birds with one stone. (Suggested by @mkedave on Twitter.)

What else do you think good startup blogs have in common? Are there any others — not listed here — that you think are good examples? Please leave your thoughts as comments below!

A couple of weeks ago, I posted links to some of the best blogs in Los Angeles. The reason: work-related stuff.

– Eating L.A.: Good food-related posts of all sorts.
– Farmhouse 1983: Just. Crazy.
– Fresh Approach Cooking: Sensing a theme yet? I love to eat.
– Funny Cute: Funny sketches. Some are a bit racy. Just a warning.
– green LA girl: A good guide on how to live green. In L.A. Pretty straightforward.
– Griffith Park, Interrupted: Stuff about Griffith Park and Silver Lake. Both hipster-ish neighborhoods, I think. Although Donna, the author, seems non-hipster-like, which is a good thing.
– Blood and Guts: Poetry and other stuff. Amusing.
– I’m From Missouri: All sorts of stuff.
– JasmyneCannick.com: Decent blog on black issues. Not sure about the music, though. (Just kidding, Jasmyne!)

Mixx is a social bookmarking site that has some potential, I think, and its users seem to be hell-bent on building up the actual community — something I like. A lot.

Check it out, guys. And add me as a friend!

Got a word you need to make shorter? Try this handy thesaurus on Ironic Sans, which takes any word and finds out a shorter synonym.

Useful for Twitter and other microformatted sites. Play around with it a bit!

Need to make a Web site quickly? Wix may be for you.

Wix has all sorts of templates for personal, professional, design, art and MySpace sites. It’s quite cool!

If you’re looking for an internet jukebox, Songza is it. You can find basically anything you want, and it’s free. The best part: You don’t have to download a thing, as it functions primarily as a search engine.

Funny. Check it out here. Tell me how many you can take!

I recently helped launch a new blog for the Chicago Tribune, Chicago’s Best Blogs. It highlights the best from around the Chicagoland blogosphere.

If you have any suggestions for it, please drop me a line here!

Drew, as you may not know, along with Gavin Heaton, are the folks behind Age of Conversation, a collaborative book about social media. 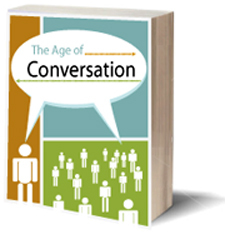 Well, Gavin and Drew are compiling this year’s edition of the book. And guess what? You’re invited to participate! You can sign up to vote on the book’s topic, or — if you’re so inclined — write a chapter yourself.

I think I’ll give it a try. Any ideas? The topics are:

* Marketing Manifesto
* Why Don’t People Get It?
* My Marketing Tragedy (and what I learned)

I have to thank Todd Andrlik for posting this on his site.

It’s nothing huge, but it’s a viral RPG-type game, in which you create a city and then try to make it grow by getting other people to simply navigate to your page. (Hint, hint.)

This is Honigman City right now: